One of several breeds of French Shepherd Dogs, probably the rarest of those recognized by the FCI. Picardy Shepherd has something that catches the eye – perhaps the expression on his face with a mischievous fringe. In addition, as fans of the breed assure, he can smile. He is intelligent, sensitive and amenable to training – so he has all the features of a typical sheepdog.

The Picardy Shepherd belongs to the least known French shepherd breeds, although it is also considered the oldest of them. This is a dog with a natural, unobtrusive beauty, whose appearance has not changed for centuries.

The Picardy is a dog with a lot of temperament, but inactive. He is intelligent, sensitive and amenable to training – so he has all the features of a typical sheepdog.

Although he likes movement, at home he is usually calm and does not impose himself – he patiently waits for a walk or interest from the owner. Of course, as in any breed, there are more energetic and spontaneous individuals.

He is an excellent, vigilant watchman, usually not very barking – although there are animals who like to give voice more often. He is caring and gentle towards children in the family. He gets along well with domestic animals. His contacts with the dogs he encounters usually run correctly.

The Picardy Shepherd is very durable and resistant. It will be a great dog for people who like outdoor activities. He is happy to accompany long walks or bicycle expeditions, he loves swimming. You can practice sports obedience, agility and defense sports with him. Some picards still help sheep and cattle grazing.

As a typical rural Picard sheepdog he is rather distrustful of strangers, therefore he requires careful socialization from the puppy, so that the natural reserve does not turn into fear.

The Picardy is not suitable for a couch-chair who will settle for a short walk around the block. To be fully satisfied, he needs some physical and mental activity. The happiest is when he can do something with his beloved master. Although he enjoys learning, he can be stubborn – especially if the owner cannot communicate his expectations clearly or when he senses a lack of consistency on his part.

Generally, having a representative of this breed does not require much experience, but it’s better if the owner already has some training skills. Consistency is very important, but you can’t treat a picard too hard.

A Picardy man can easily be found both in the countryside and in the city, because the most important thing for him is being close to man. Often, even with a garden at his disposal, he prefers to be in a room near the master.

When it comes to health, you don’t hear about big problems in this breed. Occasionally, dysplasia occurs, which is why responsible breeders scan the elbows and hips of farm animals. The eyes are also examined for genetic diseases.

Certain problems can be caused by his nutrition – not because of some special sensitivity of the digestive tract, but because some picardy can be very picky.

Care for a dog of this breed is not difficult. The coat is stiff and weather-resistant; no felting and no cutting or trimming required.

It is enough to brush it once every two weeks and bathe when it is really dirty (however, if the Picardian just gets muddy, then after drying, the dirt will fall off).

The breed received its name from Picardy – a region located in northern France. Some people think that she is closely related to Briard and Beauceron, others say that she is closer to Belgian and Dutch shepherds. I must admit that the rough-haired varieties of both these breeds resemble a Picardian.

It is worth emphasizing, however, that rough-haired dogs intended for guarding sheep and cattle were found throughout North-West Europe. Among them, we can also mention the Ardennes bouvier or Old German shepherd dogs in this type of coat. In any case, we can already find images similar to the Picardy Shepherd in medieval French iconography.

For the first time, picardy was shown at the exhibition in 1863. They were judged in one class with beauceron and briard. It wasn’t until 1898 that it was a separate breed. In 1922, Paul Megin created her first pattern, and three years later she was officially recognized.

Unfortunately, the population of these shepherds was heavily depleted during both world wars, because most of the dogs lived on farms in northeastern France, where heavy fighting took place, e.g. the battle of the Somme (the largest of the battles of World War I, which lasted over four months and killed more than a million victims).

After World War II, breed fans decided to expand their genetic pool and gathered typical representatives in Picardy, who were entered in the pedigree books. In 1955 Robert Montenot founded the Club of Friends of the Picard Shepherd. In 1964, however, SCC – a French cynological association – approved a new breed standard.

Picardy Sheepdogs have never belonged to popular breeds – they are rare even in their homeland, and there are only a few thousand of them around the world. In Poland, we have siblings – the dark male Alpha Lupi and the fawn female Alais – imported in 2009 from the Czech Republic.

The producers of the American film “Because of Winn-Dixie” shot in 2005 bought five Picardy Shepherds in France, three of which played … one role.

Coach Mark Forbes was looking for a dog reminiscent of a shaggy mongrel visible on the cover of the book on which the film was based. However, he needed several dogs with a similar appearance, so he decided to bring purebred Picardy Sheepdogs.

“Because of Winn-Dixie” is the story of a girl who comes down with her father to a small town and hugs a dog there, which helps her make new friends. The rustic beauty of the Picardy saved him from popularity, of which many races known from the movies fell victim. Most people are convinced that a nice mongrel actually appears on the screen … 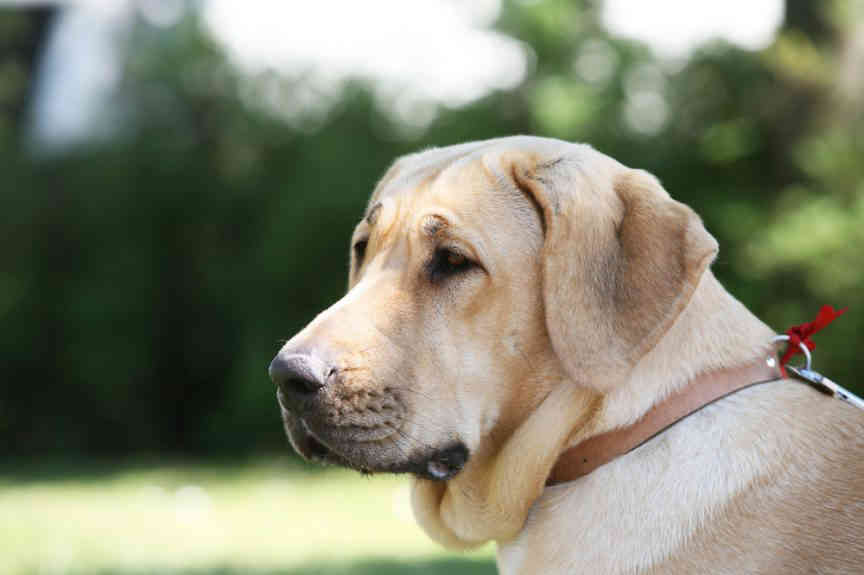