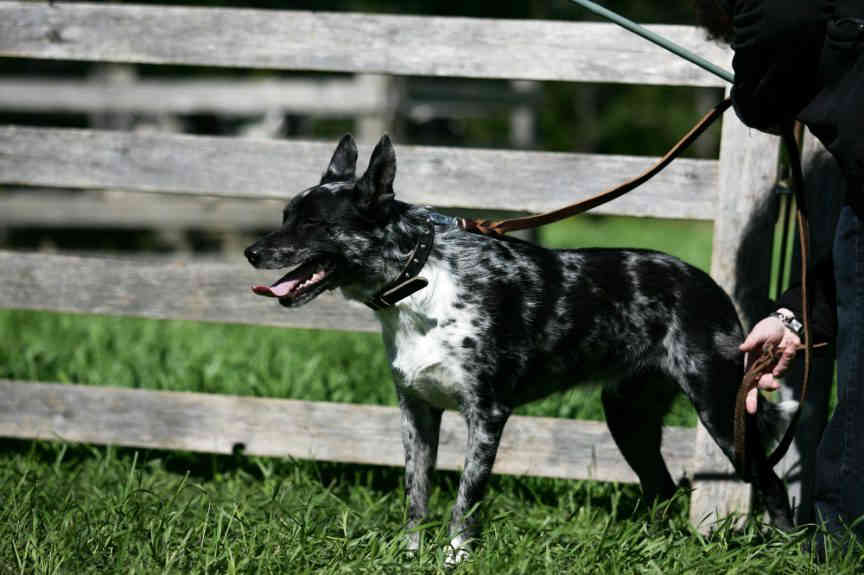 Koolie is extremely hardworking, tireless and totally devoted to the owner. Even in difficult conditions, he works tirelessly, because it’s his calling.

It is used to herd sheep, goats and cattle. He works in a middle style between Kelpie and Continental Shepherds: he uses the eye to a small extent in herding. He can back, i.e. run on the backs of sheep crammed in the yard.

Dogs of this breed are quite strong mentally, full of energy and need a lot of movement and activity. Perfect for agility, tracking and sports obedience. They also work as rescue and therapy dogs and are great companions for active people. If their needs are met, they are muted at home.

Many koolies keep their distance from strangers. Because of this inborn distrust, socialization cannot be neglected. Some, however, are friendly and open to everyone. They accept other pets at home. They usually get along with other dogs.

As the owner of this breed will be an active person who will provide the dog with physical and mental activity. Koolie can be recommended to lovers of dog sports.

Koolie is a healthy and long-lived breed. Dogs working at the age of 20 and enjoying good health are no exception. They owe this to a wide genetic pool and selection for utility.

Deafness is the only more common health problem – it mainly concerns so-called double marbles, i.e. dogs derived from the association of two marbles. A double dose of the merle gene (marbling) causes pigment reduction, which can result in impaired vision and hearing. Many breeders still practice such mating, and puppies sleep with excess whiteness. To make matters worse, some people also fall asleep to healthy non-branded skin, because only merle is considered typical for the breed.

This means the elimination of an average of half a litter, because as a result of the association of two merle dogs, statistically, half of the usual marbles, a quarter of double and a quarter of non-branded dogs are born.

The breed club promotes the association of merle and non-merle, in which there is no risk of giving birth to double merle, because then only one of the parents can pass the children to this gene. Deafness sometimes also affects dogs with a lot of white hair on their heads, but it is rare in koolie, because breeders prefer little white markings.

Hip and elbow dysplasia occur sporadically in the breed. It is also suspected that as a result of crossbreeds from border collie and kelpie, koolie may be burdened with PRA or CEA.

As a typical rural herdsman, koolie is not particularly demanding in terms of nutrition. You can give him ready-made food of good quality as well as food prepared at home.

Koolie (pronounced kuli) is an old Australian pastoral race, about 160 years old, only recently officially registered. It comes from shepherd breeds that came to the Australian continent from Europe. Among her ancestors are short-haired blue-eyed and black and tan collies from Scotland.

The latter gave rise to Australian Cattle Dogs. Robert Kaleski, one of the creators of this last breed, was to say (1911): “We now have many varieties of working dogs. One of them is the Welsh heeler or merle, popularly referred to as German koolie. “

You can learn about the history of shepherd dogs by following the history of sheep, because they always wandered together. Sheep were imported to Australia from Great Britain and merino from Spain, France and Saxony. Everywhere there are shepherd dogs with marbled color. In France, they are Pyrenean Sheepdogs (short-haired), in Spain carea leonés, and in Germany Old German shepherd dogs of the tiger variety. Hence the original name of the breed – German koolie (also coolie, kuli, couli).

The creator of the German Shepherd Max von Stephanitz in the publication “German Shepherd in Word and Picture” (1925) writes: “Australian sheep breeders were so impressed with German Shepherds that they imported them.” He then describes the German tiger breed as “long-haired or short-haired, with erect ears and a merle coat, similar to the type found in Australia under the name German collie.”

There are also many indications that the tigers could have arrived in Australia much earlier, e.g. with a German brought to work by Elisabeth Macarthur, wife of John Macarthur, who started a Merino breeding there.

Why was the breed not registered for so long? Simply these dogs were bred as effective helpers at work and only recently there was a need to register them. Koolie became rarer, because in vast Australia it was difficult for them to find a partner in the area. So they were associated with other utility dogs, e.g. kelpie or border collie.

Lovers of the breed feared that it would soon disappear, and in 2000 they founded the Koolie Club of Australia (KCA). Not wanting the name to be misleading, they removed the word “German” and adopted the spelling “k” to avoid confusion with collie. When the breed became known in the world, the adjective “Australian” was added to indicate its origin.

The club currently has over 200 members not only from Australia, but also from the United States, New Zealand, the Netherlands and Germany. In 2002, the Working Koolie Association Australia was created, which in turn focuses on the preservation and promotion of koolie as a shepherd dog, organizes training and competitions. Has members also in the United States.

Koolie come in different types, which is natural for a working breed, not selected for its appearance and used in various conditions. So dogs can be small and large, small and powerful. Their ears are upright, semi-standing or covered, and their hair is short or half-long with a feather. The colors are similar to those of Australian Shepherds (American breeds), but also swarthy and red.

KCA has not created a breed standard, because it is of the opinion that it must still develop. If such a pattern arises, it will cover different types. Currently, over 700 dogs are registered in the KCA. The club’s goal is to maintain temperament and a desire to work. The pedigree book is still open to quadrupeds of unknown origin. The club also allows crosswords with border collie and kelpie.

Koolie are the most popular in their homeland. Everywhere else they are rare, although there are more and more in the United States. There are few in Europe. A little koolie is in Finland (several imports, two litters were born), in Germany, Holland and Belgium (in 2011 the bitch from this country went to Poland for some time). Currently in Poland live a young long-haired bitch and a short-haired male koolie. There were only a few litters of this unique breed in Europe.

Many koolie live to be 18 years old, but dogs have survived to the age of 26! 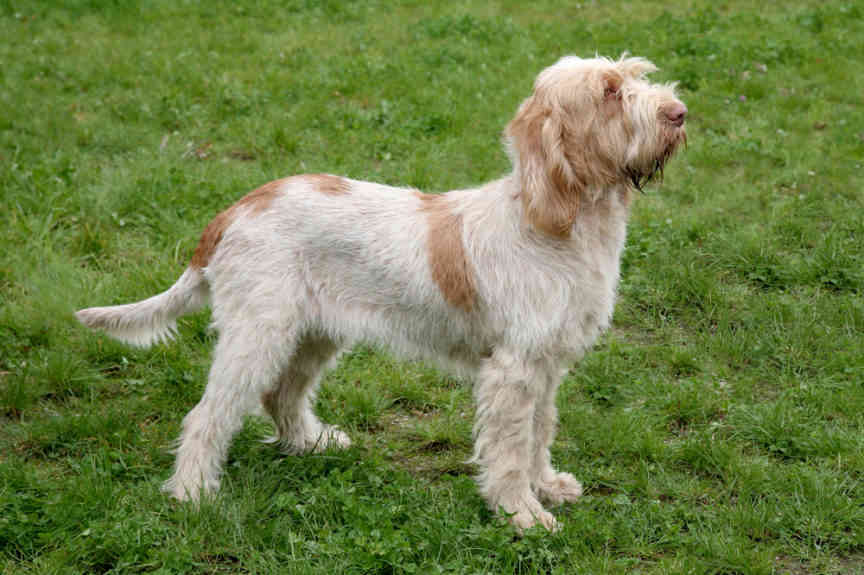 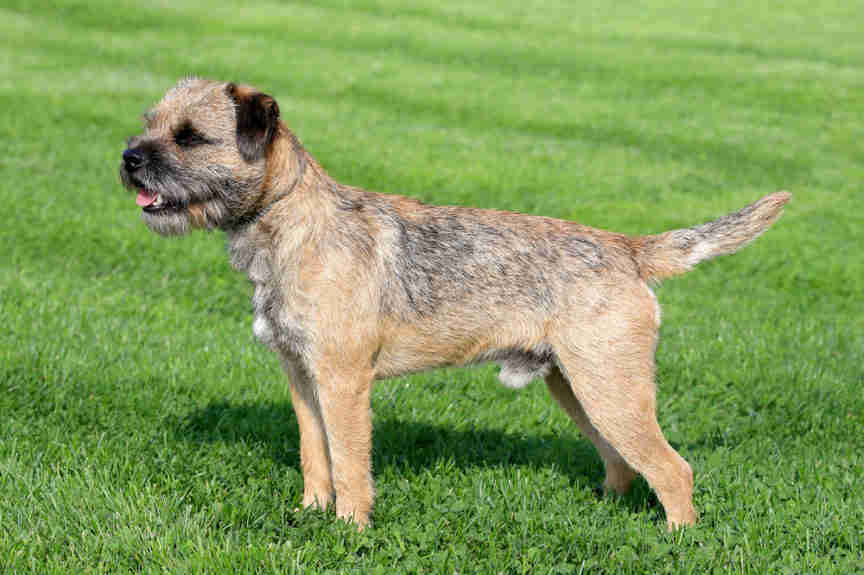