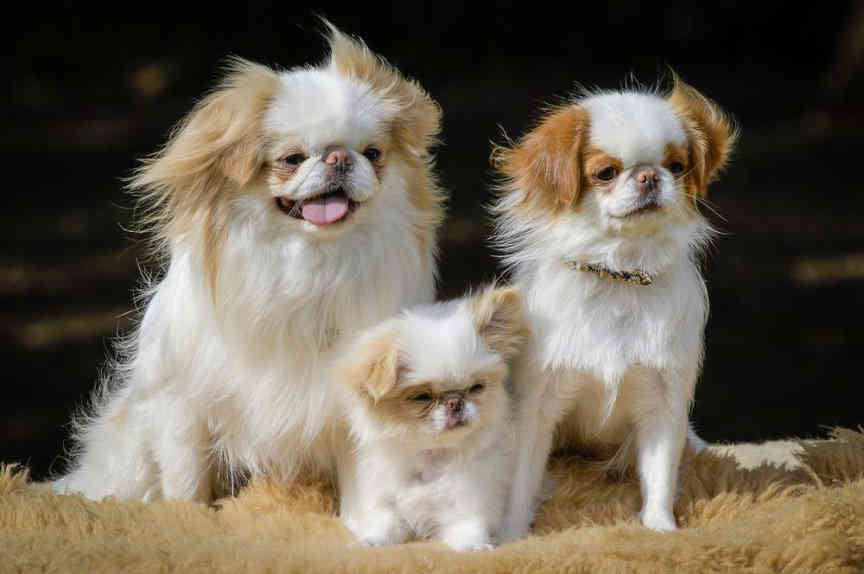 Everyone will cope with the upbringing of Japanese china and care for him, and he will return the favor, giving all members of the family a great feeling. Japanese Chin is a nice companion dog, cheerful and happy with life, quite lively, but not overactive.

Japanese Chin is a cheerful, balanced and curious dog. He is obedient, although he can sometimes be offended. Alternately calm and temperamental, mischievous and distinguished, he knows how to find himself in any situation. He perfectly senses family moods and adapts his behavior to them. He likes to be close to guardians, he is affectionate, but not imposing. He has the same feeling for all household members.

Dogs of this breed have a lot of cat qualities – they take care of their fur very much and can wash their hands like cats. They like to be petted, cuddled, eager to sleep on their knees curled up.

For rest, they will choose a sofa, armchair or window sill – from where they can observe the whole room – rather than a bed on the ground. Nosy and ubiquitous, they will be interested in every new object in the apartment and look into every nook and cranny.

Gentle, to a late age, prone to play and mischief china are excellent friends of children. Patient and gentle get along with children of all ages – provided that they learn to properly handle such small dogs.

Japanese Chin is very sociable, even with strangers he makes friends quickly. He shouldn’t be shy or distrustful. Alert, but not noisy, it will signal every suspicious murmur behind the door, but it will not bark for a reason.

He feels good in the company of brothers of the same size, but can also live with a larger, calm dog. He will get used to the cat, guinea pig or rabbit. He is friendly to the quadrupeds encountered on walks and is happy to play with them – but it is better that they are of similar size.

Japanese chin is undemanding, it easily adapts to any conditions and can be taken anywhere with you. It is even suitable for a small apartment. He is active and busy, likes to run, but does not require long walks – a few short walks a day is enough for him.

Japanese china was bred to accompany a man and make his time more enjoyable. Charming and mischievous, for centuries he performed this role perfectly – so it is today. You can also do dog sports with him, e.g. agility or dancing with a dog. Some individuals work well in dogotherapy, e.g. as visiting dogs in hospitals and hospices.

The representative of this breed is smart and intelligent. Obedient by nature, like to work with people and quickly assimilates commands. He can learn many tricks if he is properly motivated and varied in his exercises. The bond between the owner and the dog is important – the more attention and time you devote to your pet on a daily basis, the more willingly he will follow the instructions.

Japanese Chin is sensitive to the tone of voice, which is why shouting will not achieve anything. Only a gentle approach and rewarding proper behavior will ensure success. However, consistency is necessary, because this small dog can quickly wrap his owner around his finger, if he allows it.

Puppies need socialization – they should not be isolated from the world because they will become fearful. You have to take them to new places, enable contact with various people and other dogs.

Toddlers learn to settle their needs fairly quickly in one place. You can get used to using the litter box – it is a convenient solution if the owner spends a lot of time away from home.

Puppies are small and delicate, so be careful not to step on them by accident or hit them. So that they do not hurt themselves, in the absence of the household members, you can leave them in a playpen or a metal cage (in the middle we put bowls with water and food as well as bedding and toys).

Japanese Chin is suitable for everyone. Holding it does not require experience, you do not need to provide it with a large space or spend time on long walks. He feels good both in families with children and in the homes of the elderly or lonely.

Japanese Chin is a long-lived and healthy dog, if the owner cares for it properly and observes health prevention.

A representative of this breed may have a tendency to dislocate the knee patella. Sometimes there are eye problems – dry eye syndrome caused by deficiency of tears or their excessive evaporation (it is necessary to use artificial tears and moisturizing preparations for the eyeball), cataract, entropium (eyelid curl) and abrasion of the cornea. Heart disease and hypersensitivity to anesthesia may also occur.

Sometimes, China makes sounds that resemble sneezing or choking. However, you do not have to worry about it, because they usually do not mean disease, but result from the specific structure of the mouth. They usually go away on their own and do not require treatment.

The dog of this breed does not tolerate heat very well – in summer it must be protected from overheating. It is not harmed by lower temperatures and even in winter, he likes to go outside. Usually, there is no need to put on clothes, and in severe frosts, it is enough to shorten the walking time.

This dog has a tendency to gain weight, so do not overfeed him. It is best to give up delicacies and reduce the main meal by portions already awarded during learning food.

China can be fed with ready-made food for miniature breeds or prepare food yourself. The home menu should include meat, rice, white cheese, vegetables and fruit. We give calcium-vitamin preparations after consulting a veterinarian. It is good to feed your dog at regular times and divide the daily portion into several smaller ones.

Japanese Chin does not require time-consuming care. During molting, mainly the outer coat falls (the coat has little undercoat), which is easy to clean. It is enough to comb the dog twice a week with a simple metal brush and a comb with rotating teeth.

The china coat has self-cleaning properties, which is why we only bathe it when it is absolutely necessary. It is best to use shampoos for long-haired dogs, e.g. with the addition of coconut or palm oil (do not use cosmetics with mink oil, as it may turn white coat).

After bathing, a conditioner can be applied to the hair, which is rinsed off after a few minutes. Then you need to dry the dog thoroughly using the dryer set to medium temperature. You can use dry shampoo or a special powder to refresh your hair.

Systematically flush your eyes (discoloration in their area is eliminated with the help of special preparations), check your ears, teeth and trim your claws.

For China to look good in the ring, you need to constantly take care of his condition. Before the show, just bathing and combing. We put it on a ring adapted to the color. The dog should be accustomed to standing calmly on the table where the bite and body structure are assessed.

Dogs of this breed are best-taken care of with small balls, squeaking or plush mascots and cat toys. If you travel often or intend to display your pet, it’s worth getting used to the transport cage.

We bring Japanese China in a thin, soft, non-dyed collar and on a light leash. Renders are not recommended because they can cause elbows to stand.

According to one theory about the origin of Japanese china, his ancestors were dogs living in China. Their existence was supposed to be mentioned in a manuscript dated 57 BC The word “chin” is supposedly derived from the Chinese “tsien”, which means dog. Some researchers say that short-haired dogs – somewhat reminiscent of Pekingese – arrived in Japan around 520 along with Buddhist monks.

Others believe that china type quadrupeds were bred at the Korean court during the Silla dynasty, from which around 730 they came to the Land of the Cherry Blossom as a gift to the emperor. Since then, references to the breed began to appear in Japanese documents. Historians believe that pug- type dogs and silky-haired quadrupeds from the Mediterranean – the ancestors of modern Maltese – could have contributed to the breed.

Regardless of the origin of these miniature dogs, their popularity in Japan grew rapidly. They were heroes of fairy tales and parables, they were immortalized in paintings and woodcuts, their images were decorated with porcelain, silk and lacquer products. They became favorites of the ruling and noble dynasties, who were allowed to own China.

They received from the emperors’ dogs and detailed guidelines for their breeding and maintenance, which they had to strictly follow. Extremely small individuals – considered very valuable – were kept in intricate bamboo cages, and the ladies of the court wore them in the sleeves of voluminous robes modeled on Chinese aristocrats.

During the reign of Shogun Tsunayoshi Tokugawa (1680-1709), representatives of this breed were elevated to the rank of salon dogs in the Edo Palace. Their theft or attempted illegal export was punishable by death. Japanese emperors considered china as a national treasure – they offered it to outstanding personalities as a sign of special recognition and friendship.

According to some researchers, dogs of this breed reached Europe in the 16th century thanks to Portuguese sailors who initiated maritime trade with Japan. In 1613, the English captain Searles brought china to the British Isles. Apparently, a few miniature dogs received as a gift from missionaries the Portuguese princess Catherine Braganca, wife of the British ruler Charles II.

At the same time, the breed came to the Spanish court. Beginning in the 17th century, in the paintings of old masters, ladies began to appear in the company of small, spotted dogs reminiscent of today’s Japanese China.

Officially, the first dogs of this breed were brought to Europe in 1854 by commander Matthew Perry, who on behalf of the American side ratified the famous Kanagawa Treaty, forcing the Japanese government to open commercial ports to the western market. Through it, China went to the hands of English Queen Victoria, as well as the President of the United States.

One of the best-known representatives of the breed were the Itti bitch and the dog Kuma, who came to the German court as a Christmas present for the Japanese Empress for Empress Augusta. The race was first presented in 1873 at an exhibition in Birmingham. In 1880, the American Kennel Club recognized her and gave her the name Japanese Spaniel (changed to present in 1977). The first amateur kennels were founded in Austria, where these dogs came in 1889.

After the outbreak of World War I, their imports from Japan ceased, but they were already so well settled in the West that it did not significantly affect the population.

Japanese Chin is the smallest of all races in the Country of Cherry. Japanese China became the favorite of Japanese and then also European aristocracy. They are gentle, happy and willing to play. They are similar to Pekingese, but unlike them have long paws. 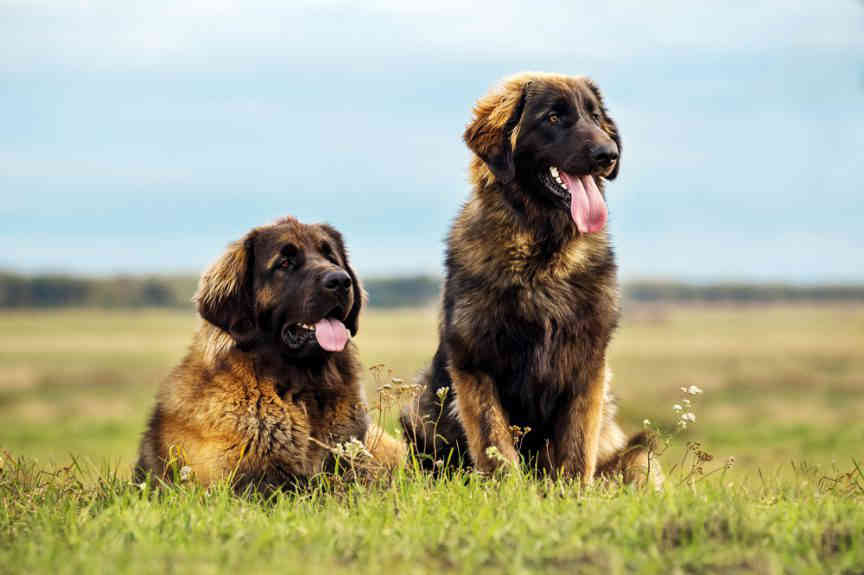 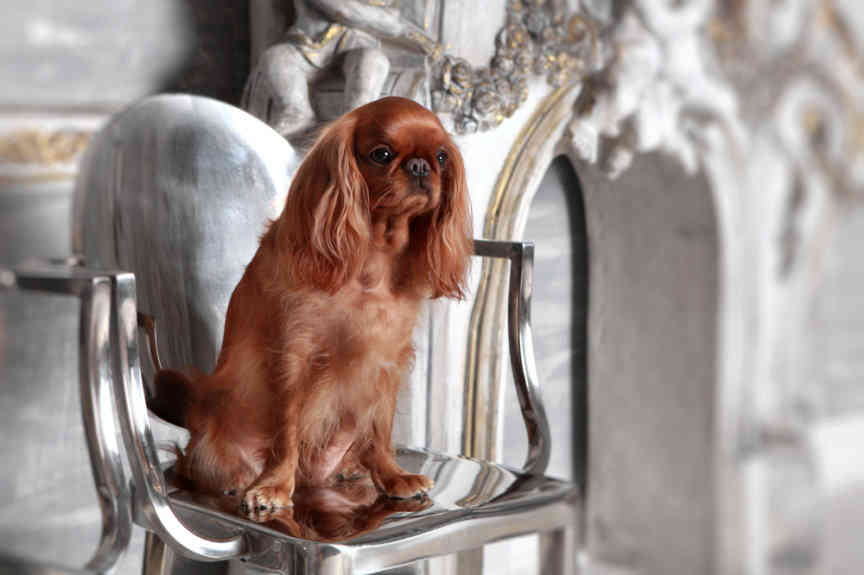 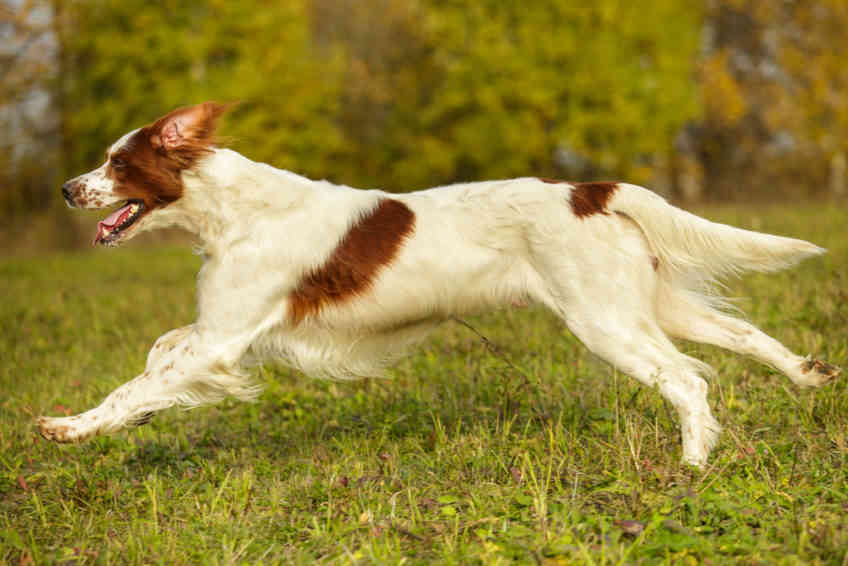