Today, the Irish Setter is mainly a companion dog, but it is better than the future owner is not fooled by the beautiful figure and nice character of these dogs and remembers their hunting instinct.

Irish Setter is a born optimist – cheerful, energetic and full of the joy of life. He mentally matures for a long time and retains his youthful vigor until old age. Requires close contact with the owner. It should not be left alone for the whole day or isolated in a pen. Badly brought up, bored and runaway can destroy things, become hyperactive or disobedient.

Setters as busy and playful dogs quickly find a common language with children. In the case of several-year-old babies, however, care must be taken that the dog does not accidentally knock them over. Representatives of this breed are friendly to people and certainly will not prove themselves as guard dogs.

Most setters tolerate small pets if they are used to the presence of a puppy. However, they can hunt aliens. They are not aggressive towards their kinsmen, but adult males sometimes show dominance towards members of the same sex.

The Irish Setter has a strong hunting instinct. If he is interested in an interesting trail, he will run ahead, so it is better to lead him on a leash in the city. He can run loose in the meadow, provided he can return to the command.

At home, the setter seems to be low absorbing lazy. Although most of the time he sleeps or lounges on the couch, in fact he is full of energy and has to run out every day for one or two hours. He also enjoys swimming and wading in rushes. It’s great as a companion for a cyclist or a runner, but you must remember not to push him before he is fifteen months old.

The Irish Setter was bred for hunting pheasants, partridges and ducks. Nature has given him a great sense of smell, he is tireless and methodical at work. He tracks the game with the upper wind, puts it out (so-called stand-up collar) and sends it to the hunter’s command. Setters work in dense thickets, in meadows, in water and in swamps. They are also arranged as tropes. Currently, representatives of this breed are mainly companion dogs. You can practice agility, canicross or dogtrekking with them. Some work well in dogotherapy.

The breed is subject to work tests. To obtain breeding qualifications it is required to pass field tests, checking innate passion and hunting instinct. For a setter to be able to appear in the working class at the exhibition or to apply for the title of International Beauty Champion (CIB), he must obtain a diploma from all-round or multilateral pointer competitions.

Irish setters are smart. Bred for working with people, they willingly follow the instructions, but require consistency, patience and positive motivation on the part of all family members. Obedience lessons should start with your puppy and focus on recalling. Setters as dogs with a sensitive smell and sensitive to optical stimuli are initially better not to train in a meadow or in busy places where it is easy to get distracted. It’s best to organize several short sessions throughout the day and not repeat one exercise too many times.

Dogs of this breed – like everyone else – must be allowed in puppyhood to get to know other quadrupeds, people, new places and situations, and besides, they should be accustomed to the touch of strangers, show their teeth, peacefully walking on a leash by the left leg and running trot (dogs exhibition) and for care treatments.

Because setters must pass field trials, they must be brought into contact with game birds early (e.g. in the meadows) and tame them with water. However, they should not go up the stairs and run long walks before they are nine months old. Also, avoid slippery surfaces or intense play with your friends.

Because of its noble appearance, the Irish Setter is readily chosen as a family dog. However, one cannot forget about his hunting nature and related needs. The owner does not have to have much experience in raising dogs, but should be consistent, forgiving and lead an active lifestyle.

The Irish Setter is not disturbed by rain and humidity. It tolerates frosts fairly well, but it cannot stay outside constantly. On snowy days, it is worth lubricating his paws with petroleum jelly and cut the fur between his fingers and fingertips so that the ice balls do not hinder his movement. Summer heat does not tire of healthy dogs, but they should be provided with access to water and not exposed to long exposure to full sun. Intensive walks are best done early in the morning or late in the evening.

Long and quite heavy setter ears are exposed to bacterial and fungal infections, so you need to systematically check their condition, remove hair growing inside the auricle and cut the hair behind them. Puppies and dogs spending a lot of time in the field often have conjunctivitis. In turn, due to the deep chest, representatives of this breed tend to expand and twist the stomach.

Young, active setters should get high energy foods. For older and less busy people, less calorie meals are enough. You can give them ready-made high-quality food or homemade meals supplemented with calcium and vitamin preparations. Among the representatives of this breed, there are uneaten, so you should not allow the puppy to beg at the table or fussy when eating (if after 20 minutes the bowl is not emptied, we hide it until the next meal).

Growing setters should be given substances that protect and support the development of articular cartilage. During the molting period, supplements may be used to improve the condition of the skin and coat.

Representatives of this breed usually molt in late spring, when the undercoat falls intensely. The frequency of replacement of the outer coat depends on the sex. Males usually lose small amounts of it, although once in a while there is an abundant change of coat. For bitches, the hair falls out after each heat and after raising puppies.

It is usually enough to comb the setter once a week with a metal comb and a regular or wire-hair brush. Hair must always be slightly moistened with a special preparation or spray water. It is best to use a hook trimmer for the daily combing of the undercoat during molting.

After each walk outside the city, Velcro, sticks and ears of grass must be removed from the coat, so that no tangles are formed. However, if they appear, we do not cut them, but gently tear them with our fingers (there are also special preparations) and comb with a comb. Some owners – especially show setters – put on clothes suitable for the season, protecting long hair from damage during walks in the field.

If necessary, we bathe Irish Setter in shampoos for long-haired dogs with silky hair or intensifying color. You can also use hypoallergenic cosmetics or a biosulfur. After bathing, it is worth applying the appropriate conditioner.

Before the exhibition, we cut hair on the ears and neck to the level of the sternum (preferably a week before the show, so that it can grow back a bit). We trim the hair at the end of the tail, align the feather and belly hair, and give the feet a rounded shape. The metatarsal on the hind legs of the hind legs is also shortened. In the show season, the haircut must be repeated every two to three weeks.

We usually bathe the dog the day before the show and dry it with a dryer, combing the hair with a bristle brush in the direction of its growth – which allows it to be straightened (such a coat is preferred at exhibitions) and to increase its volume. Before entering the ring, you can apply preparations that load the hair and prevent static. The Irish Setter presents himself on a ring matched to his coat, which should be worn just behind the ears.

In the case of a representative of this breed, leather or material collar (you need to remove it at home so that it does not wipe the coat) and a strong leash will work. Long links give the puppy the freedom to walk and help them learn to obey.

Setter’s best are string toys and natural beef or veal chews. A transport cage will be useful for exhibitions or holiday trips.

Where the setters come from is not exactly known. Already in the Middle Ages, dogs with fringed hair used to display birds were seen alongside falconers. Their ancestors were quadrupeds from areas where today lies France, Spain, Ireland, Germany and Scotland. Setters and spaniels have a common ancestor, which was the so-called pointer to quail. In turn, the ancestor of the Irish setter was a legava (issuing) dog called a setting spaniel. He sneaked near birds hidden in the bushes, and then sat or lay down in front of them, so that hunters could approach them and cover them with a net.

He mentioned the exhibiting dogs, among others Johannes Caius in the book “De canibus Britannicus” (1570). After the invention of firearms, the role of a hunting dog changed. The ability to display birds at a distance and to proclaim them on orders has become desirable. The name setter comes from the English “to set” – “lie down”, “fall to the ground” or “exhibit.”

In the 18th century, the de Freyne family brought Breton spaniels from France to Ireland, which were crossed by with local show spaniels, a Welsh springer spaniel , a foxhound, a hound and a pointer. After the latter, the setters inherited the noble appearance, agility, speed and the ability to track with the upper wind.

Initially, they were called red dogs (modder rhu). A quadruped from de Freyne kennel had Arthur French, considered the creator of the Irish setter. His family from 1793 kept a pedigree book of French Park for three generations. Initially, the setters mostly had a red and white coat, but puppies with uniform chestnut color were also born. Using the selection, the former were eliminated from the population (today they are registered as a separate breed). Palmerston’s dog is considered the progenitor of English breeding lines.

The first mention of Irish setters appeared in 1803 in the magazine “A Veteran Sportsman”. In 1860 the breed was shown at the exhibition, and in 1882 the Irish Setter Club was founded in Dublin. In 1886, the first template was approved. In 1998 the club published the “Working style of the breed”, which together with the pattern form the basis for assessing the appearance and utility of setters.

The Irish Setter is particularly fond of US presidents. Dogs of this breed had, among others Harry Truman and Richard Nixon.

Setters as one of the few hunting dogs catch high winds, that is, look for clues high above the ground. 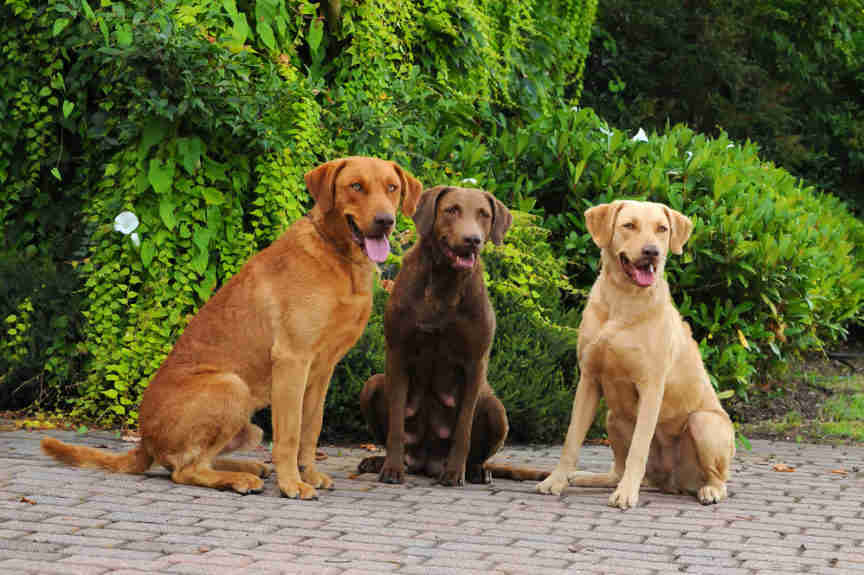