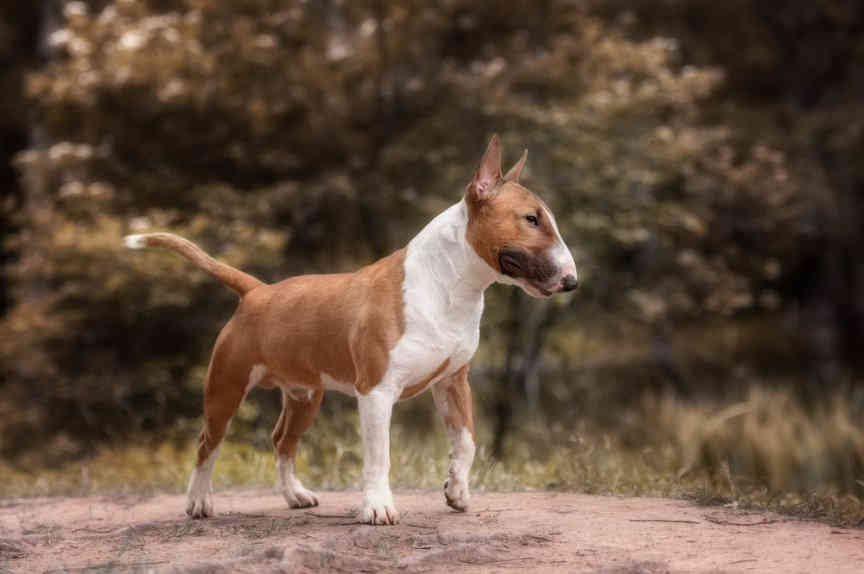 The bull terrier is a very sturdy, not very big bull terrier with a characteristic head. Tough, brave towards his own family, tender and cheerful. This is a dog for a connoisseur. Its arrangement requires patience and iron consistency, but the effect can positively surprise even people prejudiced against this race.

The bull terrier is a balanced, cheerful dog with a moderate temperament. Because he was bred for dog fights, he is friendly to people. He will easily accept a home herd, although two males of this breed may not get along.

He sometimes behaves aggressively towards foreign dogs, especially if he was badly brought up or did not have proper contact with them in puppyhood. A young bull terrier should not quickly convince himself of his strength, so during adolescence, you should avoid brawls with other quadrupeds.

The dog of this breed is loyal and strongly attached to the owner. He treats family members equally warmly, although he will do anything for his beloved gentleman. He is friendly and tolerant of children, but not very careful – it is said that he will push the obstacle rather than pass by – that is why his contacts with children must be under control.

Although he is not very barking and not very vigilant, he works as a guardian – his very presence deters intruders, and in defense of his master’s property, he is ready to fight to the death.

Puppies and young dogs (up to about two years) are full of energy, so you need to provide them with enough exercise and activities. The adult bull terrier is moderately active, although he will not despise, of course, the long walk on which he will be able to retrieve his favorite ball – he should regulate the intensity of training.

A dog of this breed is not served by steady running, e.g. by a bicycle, a short-term effort is recommended; some bull terriers are happy to swim.

Formerly bull terriers were used for fighting. The modern representative of the breed is primarily a companion dog, defender and guardian. It is also suitable for dog sports, e.g. agility, flyball, obedience and even dancing with a dog.

He is intelligent but stubborn, his training requires patience and consistency. He learns fairly quickly only when he enjoys learning. Attempts to execute orders by force will always be met with strong resistance.

While obedience training is advisable, defense training is not recommended. The bull terrier is encoded with a certain amount of aggression and there is no need to stimulate him, especially since improperly trained can become dangerous to the environment.

A dog of this breed will never be blindly subordinated, which is why it is very important to bring him up properly from a puppy and to establish a hierarchy early.

Its owner must be consistent, patient and mentally strong to deal with a quadruped with such a strong character.

The bull terrier is very resistant to pain and often does not signal ailments, so the owner should watch him carefully to see the disease in time. There are knee dislocations, eye problems and a tendency to skin allergies, most often caused by flea bites.

Hip dysplasia occurs sporadically. In old age, he may suffer from kidney and heart disease. You also need to regularly clean his ears, teeth and perianal glands. White-haired dogs may be deaf.

Keeping a representative of this breed is quite expensive. He must have the appearance of an athlete, therefore he needs the right food. You can use ready-made food or prepare traditional meals consisting of equal parts of good quality meat, rice and vegetables.

Home diet must be supplemented with calcium and vitamin preparations. Fast-growing puppies require food with an increased amount of protein.

The coat is easy to care for – we comb the coat with a rubber brush or a glove slightly dampened with water, which best collects dead hair.

We do not bathe the dog very often, but when necessary, in shampoo for dogs with sensitive skin, e.g. with lanolin.

The bull terrier should be trimmed regularly, if the dog does not rub them (you can do it yourself, at the dog’s hairdresser or at the vet).

The ancestors of the bull terrier are dogs used in the British Isles for fighting. Already in the 11th and 12th centuries dogs’ struggles with bears, lions and other dogs were popular.

From the fourteenth century, the most fashionable entertainment became the so-called bull feast. Bloody shows quickly turned into gambling allowing owners of winning dogs to keep up with this practice. Over time, even special dogs for fighting bulls, which were called bulldogs, were bred. They were a bit similar to modern bulldogs, but much lighter than them, more agile, with great strength and resistance to pain.

When bullfighting was banned in 1835 by royal decree, other pastimes quickly appeared – rat extermination competitions and dog fights. In both cases, the bulldog didn’t work, so it was decided to replace it with a hybrid of a bulldog and a white English terrier. The quadrupeds arising from this cross were called bull and terrier dogs. They usually had a rough or shaggy coat and short-cropped ears.

In the mid-nineteenth century, James Hinks decided to breed a lighter dog with short white hair and naturally erect ears. In the creation of the breed in addition to the English bulldog and white terrier participated Dalmatian and probably greyhound English Greyhound and pointer.

In 1862, Hinks presented a Puss bitch, which was significantly different from the then bull terrier – she was lighter, high-legged and had a white coat. However, the greatest breeding achievement of James Hinks was a dog named Madman – based on his appearance, the first informal breed standard was developed in 1870. Initially, a major health problem was hereditary deafness affecting white dogs, but breeding colorful bull terriers significantly freed the breed from this defect.

For many years, the English considered the bull terrier as a national treasure and was reluctant to sell puppies abroad. Dogs of this breed accompanied British civil services and the army in overseas colonies, e.g. in Africa or India, because they tolerated the climate well.

The bull terrier has more and more fans in Europe – this breed has become very popular, not to say fashionable. Lovers of the breed speak of bull terriers or … pigs, because it’s hard not to notice that the shape of the dog’s head resembles a pig’s head. 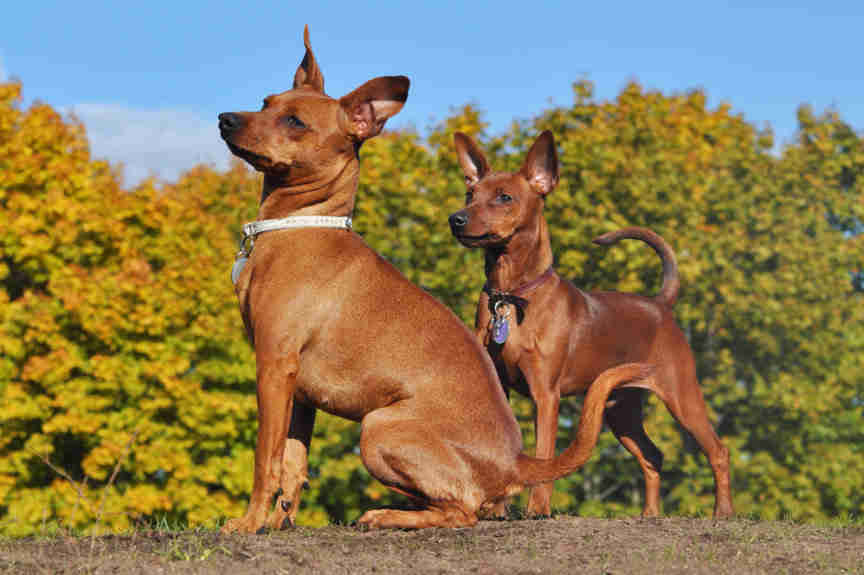 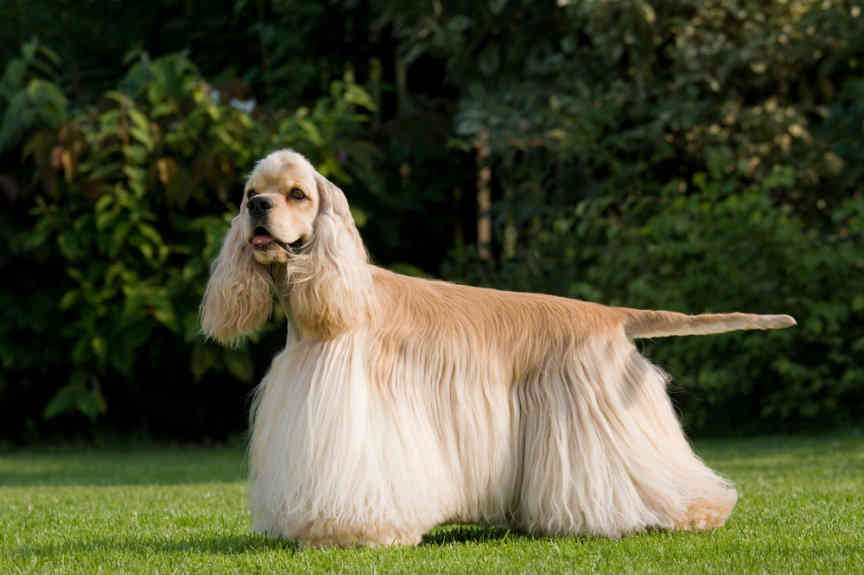 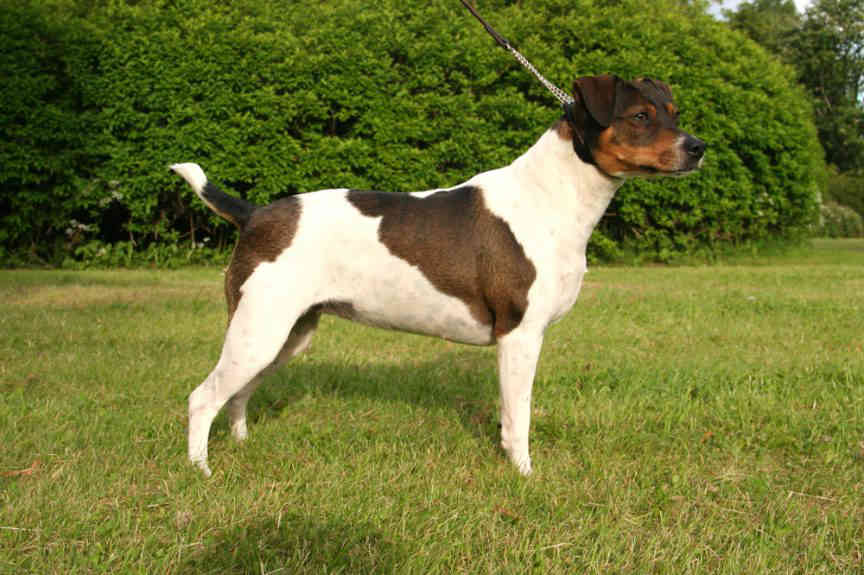