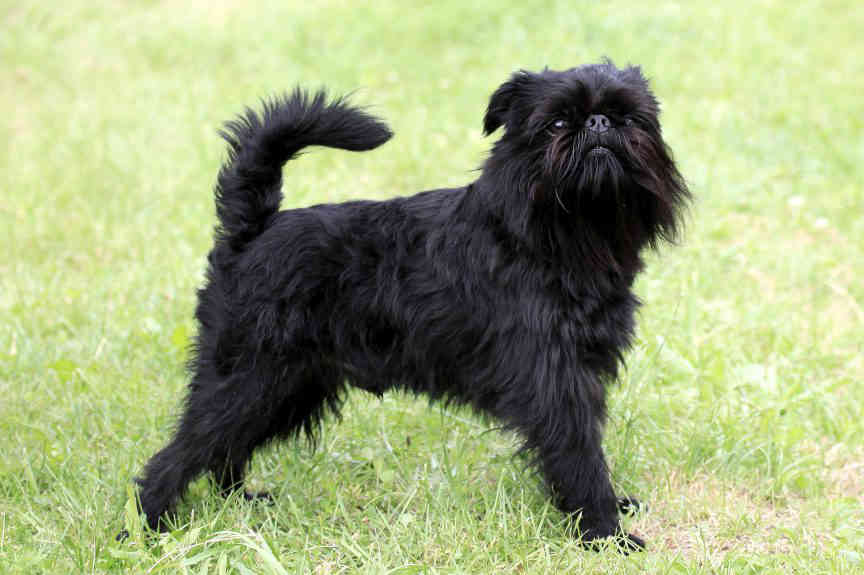 A small, fairly strong build companion dog, found in several types of hair. It has a characteristic short muzzle. A nice, non-aggressive friend of the family, not barking, cheerful and resolute. A close cousin of the Belgian griffon and Brabant. In the past, Gryffindor-type dogs were favorites of Belgian coachmen and cab drivers. They were kept in stables and coach houses to exterminate rodents. Modern griffons are primarily companion dogs. They can play dog ​​sports.

Griffons draw attention to the expression of a snout. They all have the same disposition, differ only in appearance. They are lively, cheerful, friendly, very attached to the family. They don’t like to stay alone long, which is why they are not suitable for busy people. They would like to spend the whole day on their owner’s lap. Because they are small, mild and non-conflict, and also easily adapt to different situations, they can accompany almost anywhere.

They are excellent friends for children, tireless in play – but you need to make sure that the children do not hurt them by accident.

As puppies, they are very energetic and become more stable with age. This does not mean, however, that they are getting lazy – on the contrary, every griffon likes walking and playing outdoors. Griffons are not noisy, making them great in the city. Nothing escapes their attention. They are tolerant and do not show aggression, which is why their relationships with other dogs are good – they can only be afraid of strangers, larger than themselves. They also get along great with cats.

In the past, Gryffindor-type dogs were favorites of Belgian coachmen and cab drivers. They were kept in stables and coach houses to exterminate rodents. They accompanied the coachmen traveling on the goat and guarded the carts during stops. They also guarded workshops and stores.

Modern griffons are primarily companion dogs. They can do dog sports – they are agile and efficient enough to perform well on the agility track. Due to the gentleness and friendly disposition, they also work well in dogotherapy.

Gryffindors are intelligent and willing to follow instructions if they enjoy learning. They require positive stimuli, they must not be treated harshly, but they should not be indulged. Although they easily comply, as any dog ​​requires consistent upbringing, and puppies – socialization. Less experienced owners are recommended to do dog-kindergarten classes.

Gryfonik is suitable for everyone, even a guardian with no experience in raising dogs can handle it. He can live both in a family with children and in the home of an elderly person, because he will adapt to any lifestyle.

Gryffindors enjoy good health and are quite resistant. Sometimes patellar prolapse and sporadic hip dysplasia occur. The nasal furrow requires rubbing, e.g. with saline, which prevents chafing. Big eyes can water too much, which is why they should be rinsed with special preparations.

You should also regularly check your ears and remove excess hair if necessary. Gryffindors have quite shallow set incisors, so do not give them hard things to chew on or play with them in dragging objects.

Gryfoniki should get food for dogs of small breeds. They usually have an excellent appetite and you have to be careful that they do not gain too much weight. You can also give them food prepared by themselves with the addition of calcium and vitamin preparations, but then you must remember to wash the hair on the chin, which gets dirty while eating. After trimming, it is worth giving agents that stimulate the coat and skin.

You can brush your griffon’s hair once a week. However, you have to remember that his coat requires trimming – we do it for the first time when the puppy is about two months old. Until the end of the first year of life, we repeat the treatment as needed. We trim an adult dog 3-4 times a year.

Depending on the needs, we bathe in shampoo for rough-haired dogs. We regularly clean the furrow near the nose, eyes, check the condition of the ears and shorten the claws.

The history of Gryffindors is not exactly known. All three varieties – rough-haired: Belgian and Brussels, and short-haired Brabant – probably originate from the same stable pinscher as the monkey pinscher (affenpinscher), who is considered one of the breed’s ancestors. Used to kill rodents, guard horses and wagons, and watchdogs, small pinschers were found throughout Europe.

In Belgium, quadrupeds reminiscent of today’s griffons were the companions of less wealthy people, but over time they were noticed by sophisticated ladies and found their salons and even royal courts. Lovers of these dogs were, among others King Henry III of France and Serbian Queen Draga.

Over time, breeders, wanting to slightly improve the appearance of the griffon, added the blood of Irish Terrier, Yorkshire Terrier, Cavalier King Charles Spaniel and Pug. The latter brought a short coat to the breed (hence the Brabant origin), new color variations and a black mask.

The first club of the breed was established in Belgium in 1880. The first exhibition at which the griffon was presented was held in Brussels in 1883. A great success was achieved by a yellow-haired dog who conquered the heart of one of the English judges so much that he associated it with his bitch. From this relationship, Fox was born, considered the founder of the breeding line of all varieties of griffons.

Garcon du Petit Waterloo also went down in history, owed its name to the name of the inn run by its owner. The year 1885 is regarded as the official moment of the breed’s existence in England. In 1896, the Gryfonik Lovers Club was founded in the British Isles, and two years later the breed was recognized by the English Kennel Club.

Until World War II, griffons enjoyed considerable interest, then they lost their popularity to other dogs and were mainly maintained by experts in the breed. At present, the red-haired Belgian Griffon arouses the greatest recognition.

Although all griffons are varieties of the same breed, they have separate patterns and so are judged at exhibitions. However, inbreeding they are crossed with each other, therefore puppies of three varieties can be born in one litter.

Although the Brussels and Belgian Griffon have separate pattern numbers, they differ only in their color. The third breed in the Gryffindor family is the short-haired Brabant. Like his rough-haired cousins, he is descended from small stable pinschers, who were once very popular in Europe. The addition of pug blood resulted in breeding a short-haired variety. 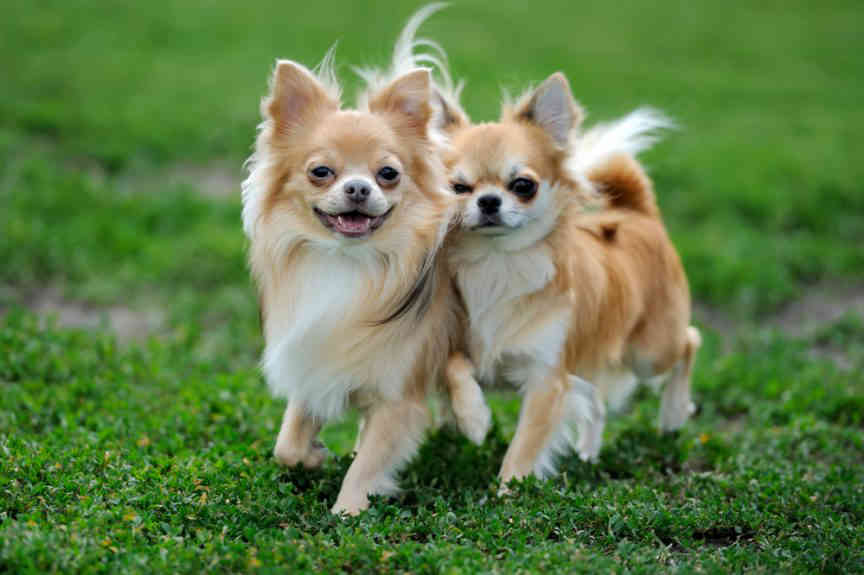 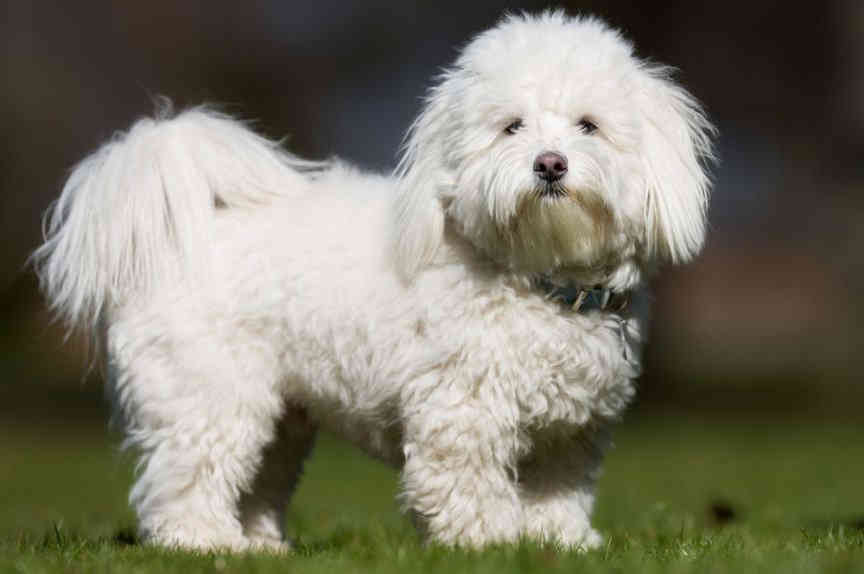 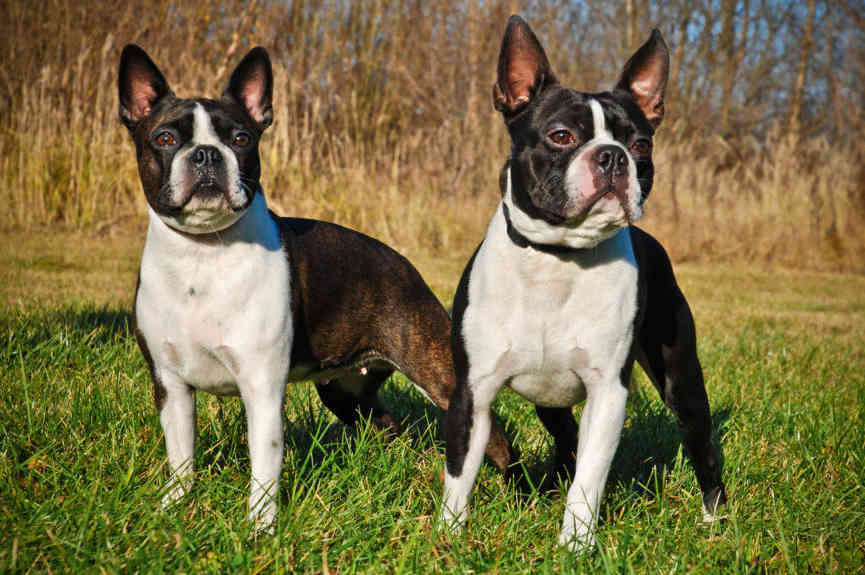